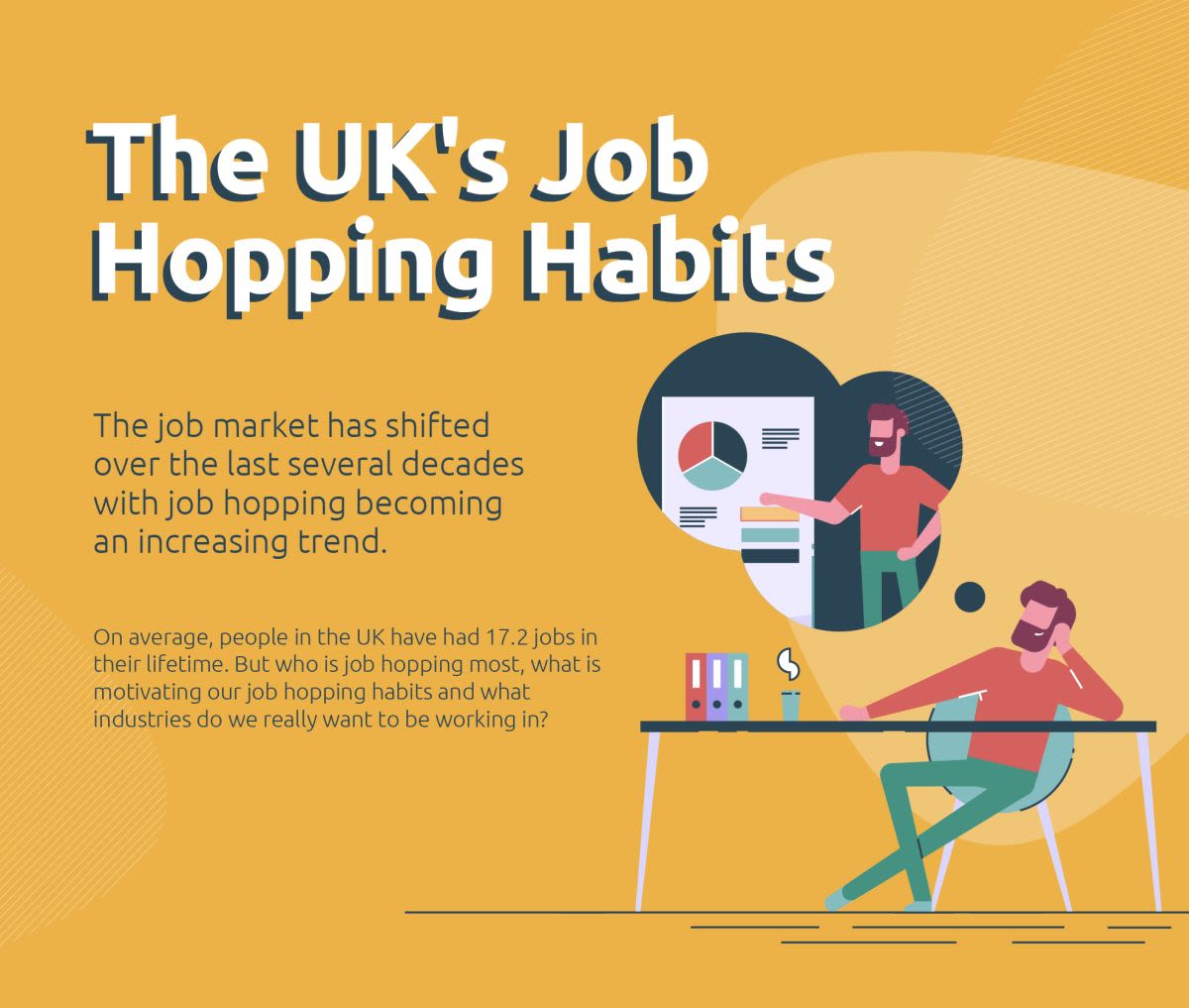 Job hopping is no longer considered a taboo and the days of your first job being your last are long gone.

Here at AppJobs, we surveyed over 2,000 people across the UK to find out exactly what their job hopping habits are. From the number of jobs they’ve had and the number of companies they’ve worked across, to the real reasons they’ve looked for something new and also their ultimate dream industry. What does job hopping really look like in the UK?

Job hopping can provide people with the opportunity to develop their careers, gain a higher salary and expand their skills. With the average UK resident changing their job an average of 17 times, how does each city compare and which residents are job hopping most? 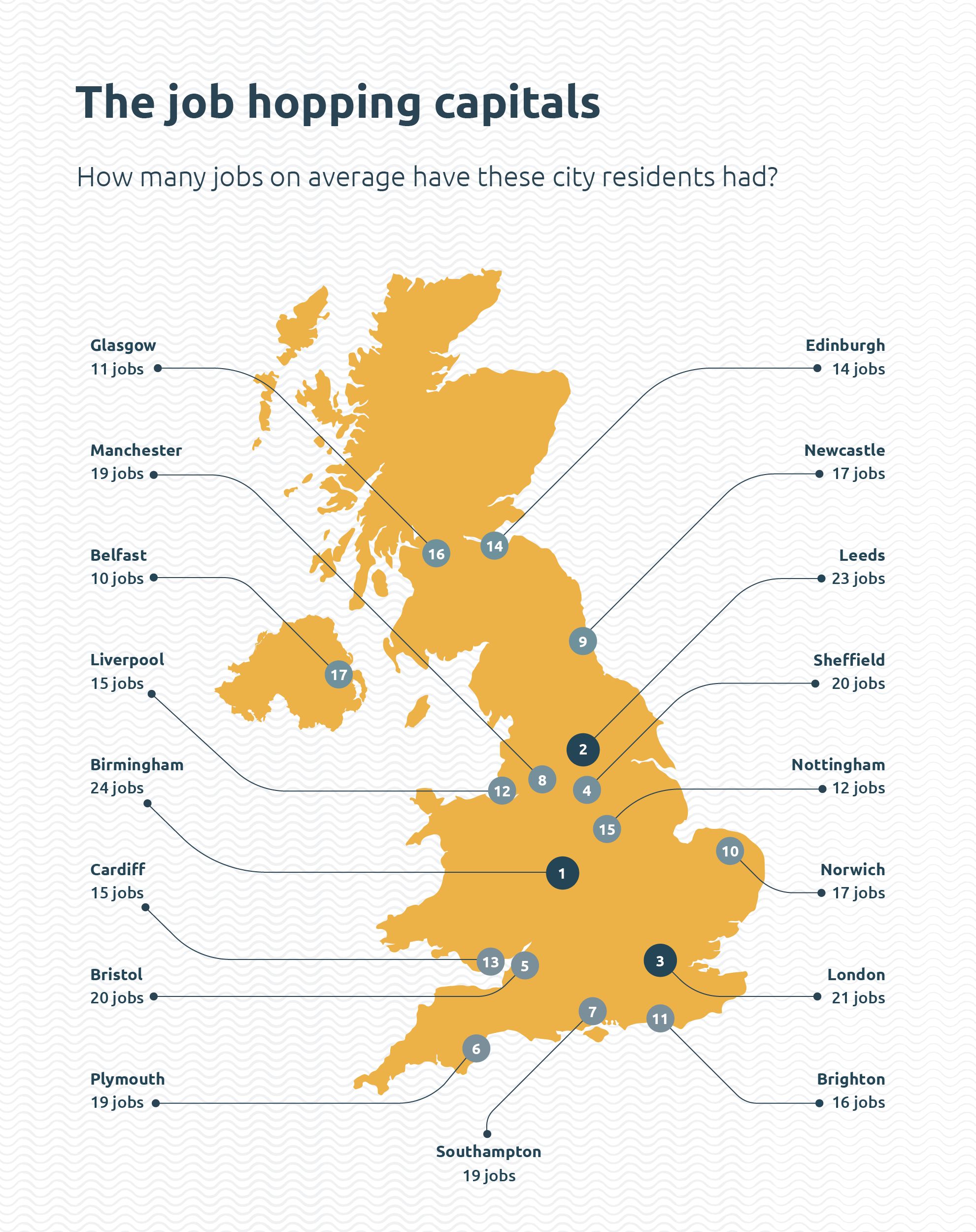 Job hopping is a trend that is becoming increasingly popular, with 75% of millennials claiming that changing positions has helped boost their careers. Changing jobs frequently has previously been perceived in a negative light, however emerging research has revealed its benefits to employees and helped make this trend more accepted in the working world. For example, research from Legal Technology Solution reveals that job hopping on average nets an employee an 8% – 10% pay rise.

Our results reflect the rising emergence of job hopping as it reveals at least the same amount of millennials have worked for over 10 companies, as people between the age 35-54, who have spent more years working.

Is job hopping a trend that is here to stay in the world of work? 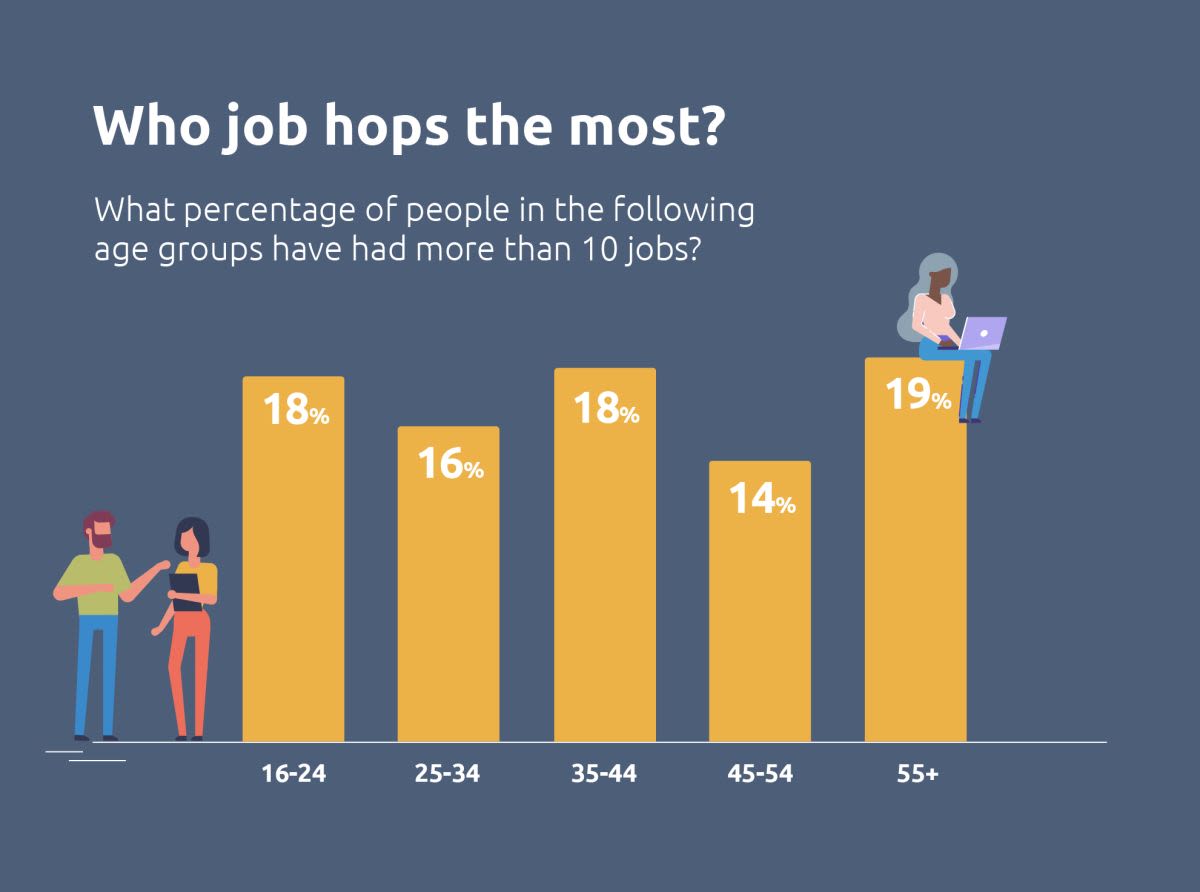 Jobs vary significantly both within and outside of the same industry, not only in the day-to-day responsibilities you hold, but also the hours and flexibility you have.

One of the most common responses to the question ’‘How did you get into doing your job’,’ is simply ‘falling into it’. But if you had the choice to choose your dream industry to work in, what sector would you choose and would that mean a change in your current career path? 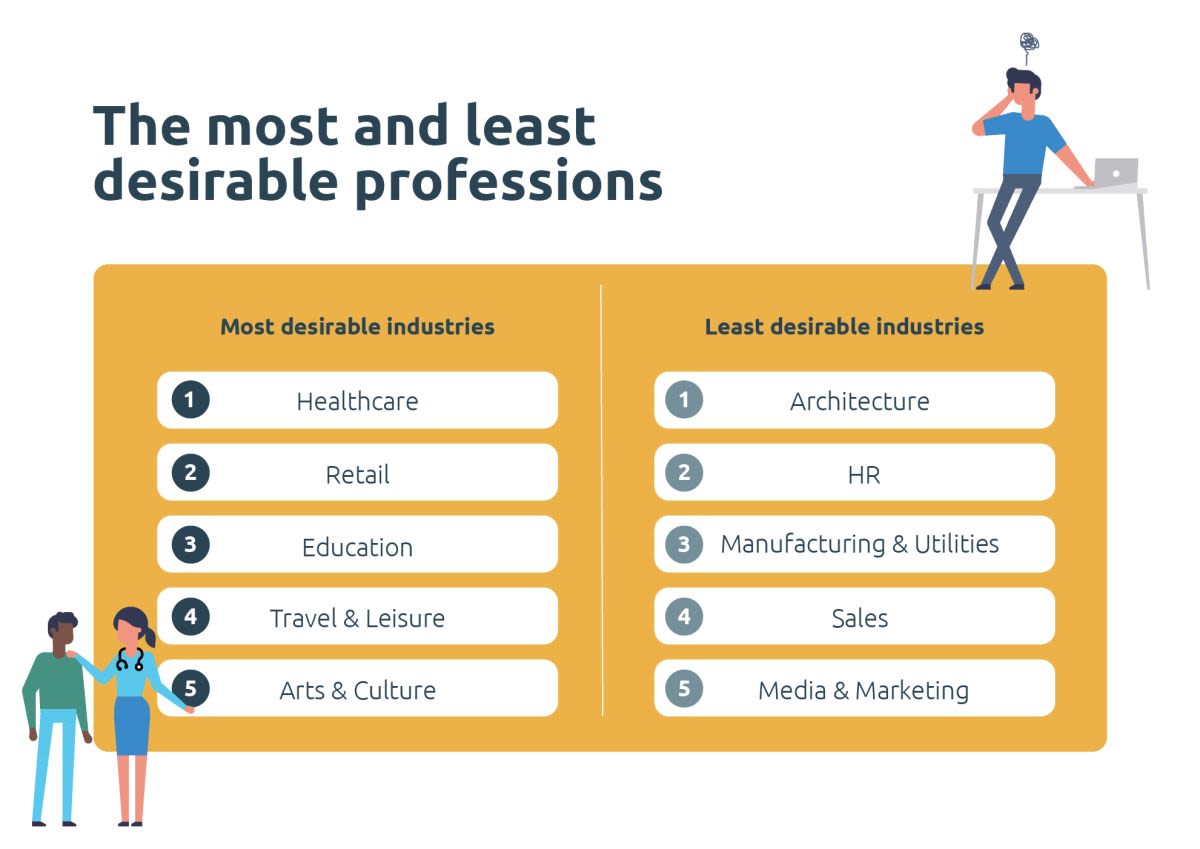 There are many reasons why people decide to job hop, and employers need to foresee and resolve any employee concerns that contribute to their decision to leave. Accounts and Legal’s recent research reveals that the cost of replacing just one employee in an SME is a staggering £12,000, making employee retention a key task for managers to fulfil and ensure their workers are as happy as possible. 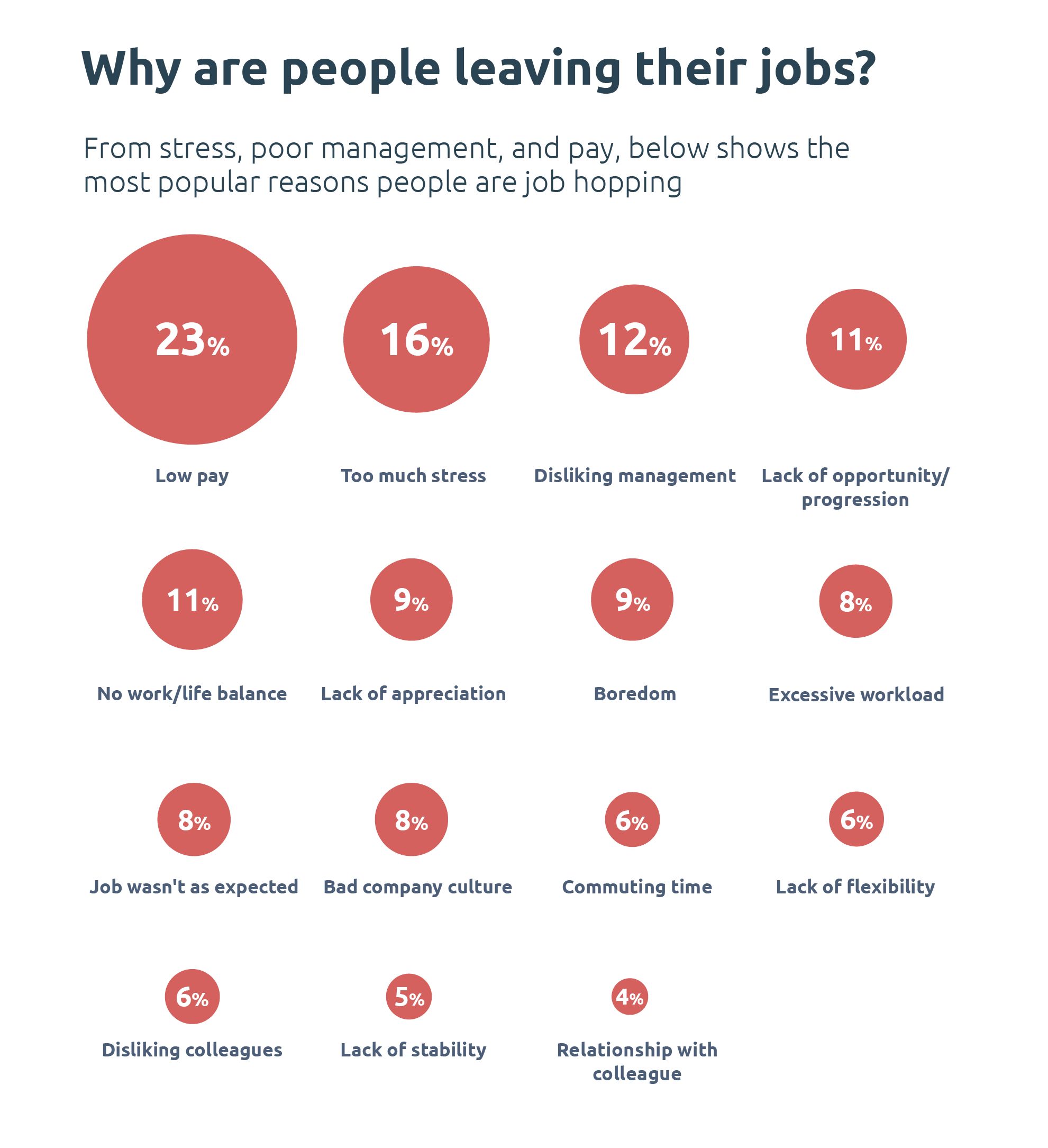 Popular Jobs for Teens in the UK

Start working as a driver in the UK with an app like ViaVan with a little help of AppJobs!