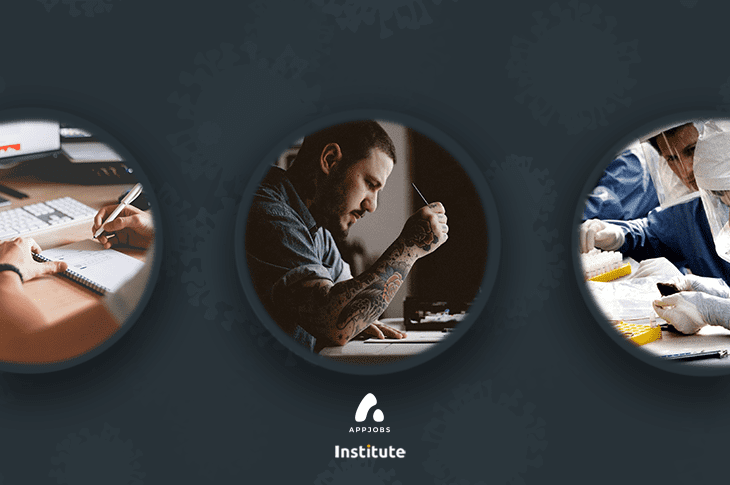 The Appjobs Institute joins data with the Oxford iLabour Project: COVID-19 and Freelance Writers and Translators

The following research material draws on data from both the Appjobs website and the Online Labour Index by the Oxford Internet Institute and the University of Oxford. It is a comparison of gig economy data generated by both platforms in an attempt to observe how the COVID-19 pandemic has affected the demand for writing and translation jobs.

The COVID-19 pandemic triggered an interest in online and work from casa jobs across the world. At the beginning of March 2020, Google searches for online jobs e work from home reached their peak at 100 (on a scale from 0-100 where 0 corresponds to the lack of search data, 1 corresponds to low interest and 100 to peak interest).

This increase was parallel to the increase Appjobs.com observed in interests in online and work from home jobs. Appjobs joined their data with the Online Labour Index to interpret trends that were present in both datasets based on increased interest in remote freelance work opportunities. Although Appjobs’ data differs from the Online Labour Index regarding worker groups they research, the study yielded the same trends and similar results.

Data gathered by both the Appjobs Institute and OLI show that overall the highest peak for applications received for the category of Writing and Translation was observed in the second half of April after which a steady decline has been observed for the trend.

Data recorded by the Appjobs website from applications received from the male candidates for Writing and Translation job category saw a 1.5% increase compared to those from female candidates in the mid of April 2020.

Overall, the highest number of applications were also reported during the same period for both gender groups.

The highest number of applicants for the Writing and Translation category were observed to lie amidst the age cohort of 20-30 years followed by the second age cohort – applicants aged less than 20 years.

The lowest number of applications have been recorded from applicants falling in the age cohort for 60 years and above.

As the data shows, both OLI and Appjobs platforms have noticed changes in applications for Writing and Translation categories. This change was most prominent in the second half of April, with a peak of applications that would go on to steadily decline. Regarding gender (from Appjobs.com’s data), a small increase was noted with more applications from males during the same time period. Finally, the highest number of applications were from applicants between 20-30 years old.

The Online Labour Index (OLI) by the Oxford Internet Institute and the University of Oxford provides labor market statistics on the online gig economy by using data taken from five prominent freelance platforms across all areas of expertise. The index looks at the demand side of freelance labor and is effective in tracking shifts in the market.

The AppJobs Institute has used internal data from Appjobs.com, analyzing the actions and behavior patterns of their gig workers across 600+ cities worldwide, to contribute to this research.

Appjobs is an online platform with a mission to empower everyone to play a role in the labor market through organizing personalized flexible job opportunities, tools, resources, and support. Appjobs has over 1.3 million members around the globe and is a datahouse for the gig economy thanks to its market access.

Interested in more research on COVID-19, online labour markets and the gig economy? Go check out more from The iLabour Project: 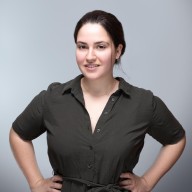 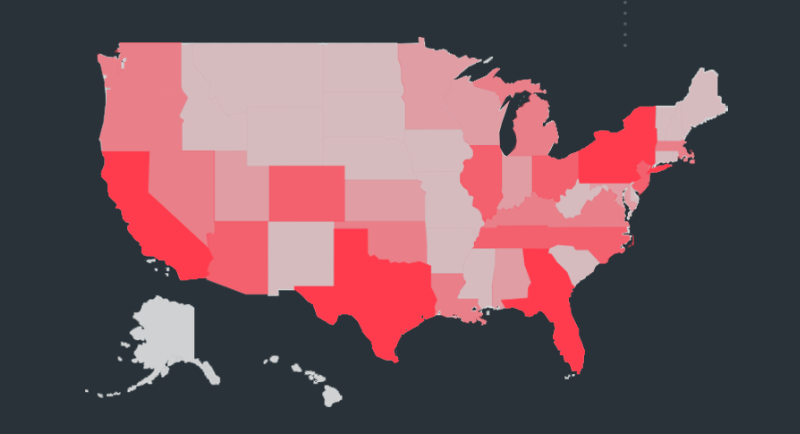