Graduate Wage Chart: Degrees That Will Earn You The Most Money After Graduating Revealed

Graduating with a degree can boost your career and provide job opportunities within a variety of different roles. But five years down the line, which university subject can guarantee you the most money, and does the university you go to have an impact on your future salary?

Here at AppJobs, we have analysed UK government data from the Department of Education in order to reveal the lowest, average and highest prospective salary for each university subject as well as taking a look at the top-earning universities by subject, five years after graduating. So, what does the university wage chart look like? 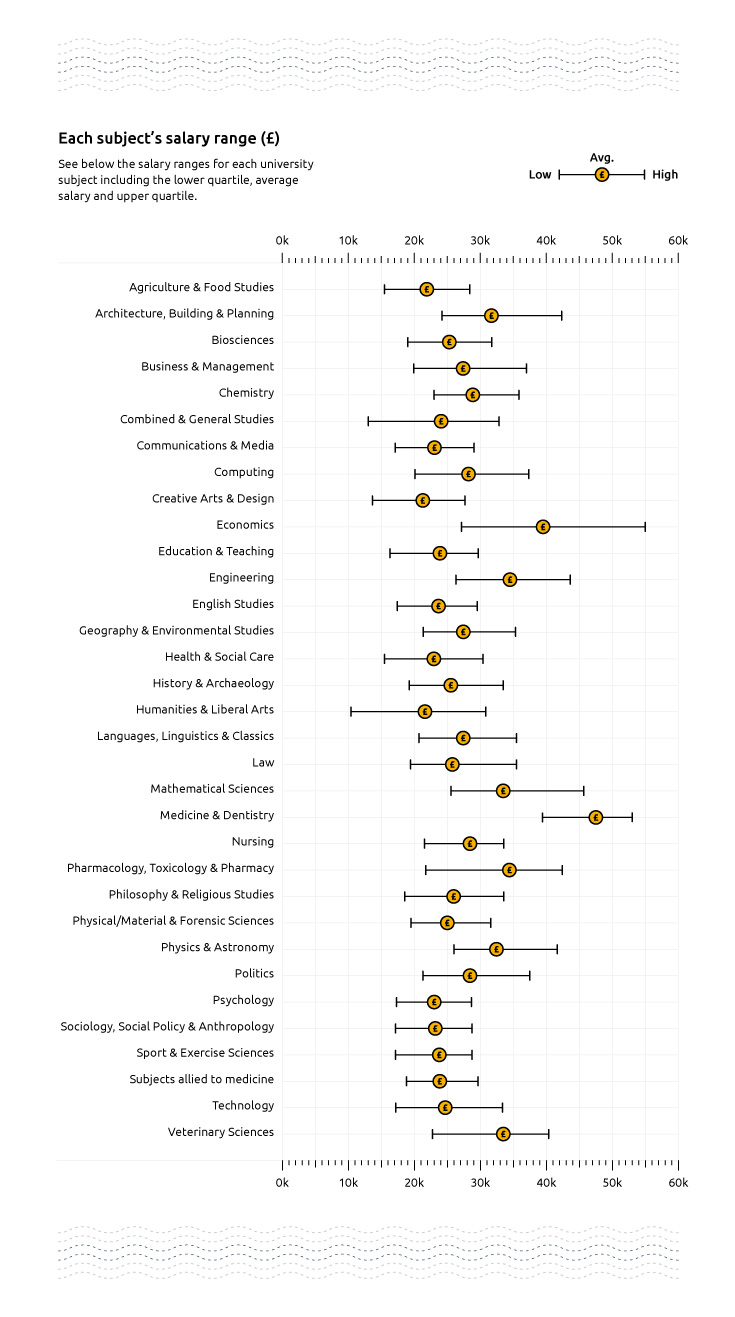 Entering the world of employment is a daunting time for any graduate, irrespective of where they study or what subject they’ve studied. From Politics and Medicine to Nursing and Computing, the university can provide a wealth of skills that match a number of different job roles. However, one of the biggest draws to choosing a course is the salary you’re likely to receive once graduating. We’ve analysed data to reveal the range of graduate starting salaries after five years of graduating, including the average earnings each university subject can provide. By doing so we can reveal the most financially rewarding subjects. 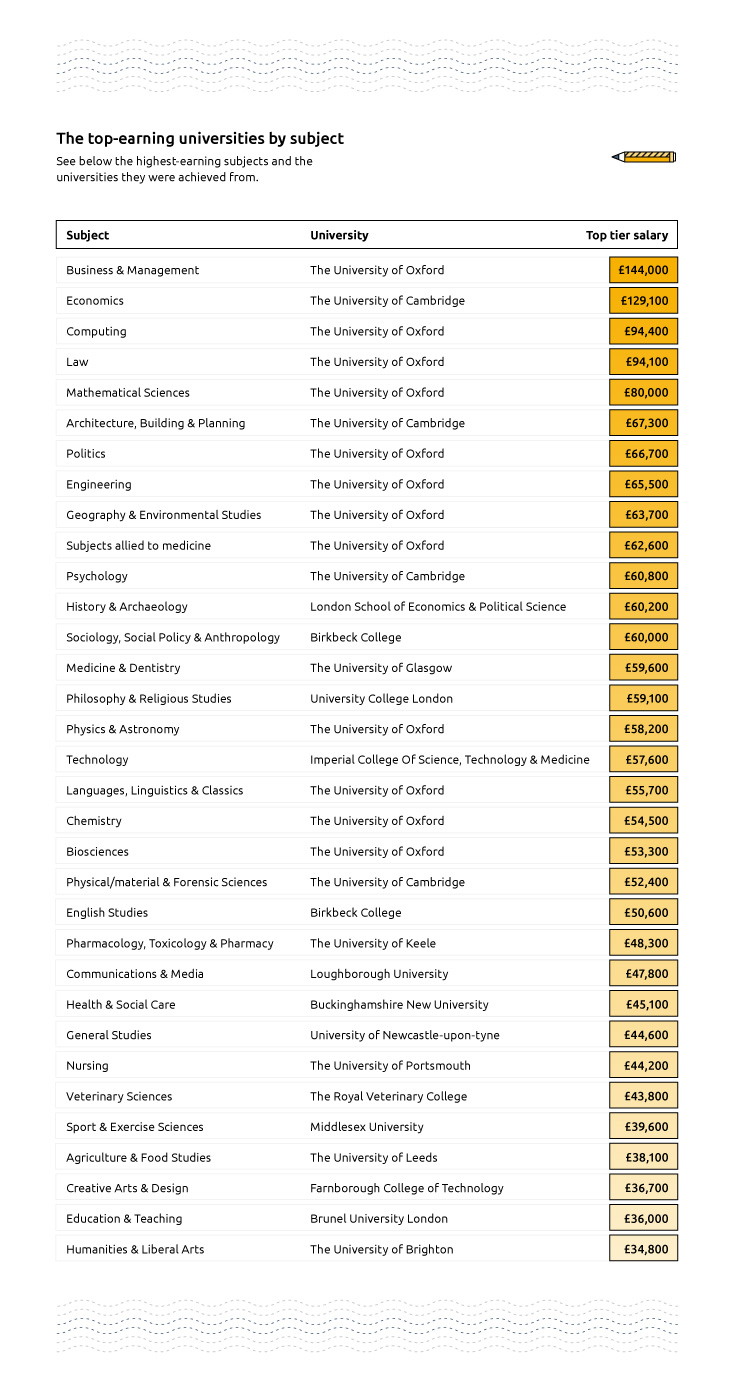 Our results also found that aside from Oxford and Cambridge, London School of Economics & Political Science saw a History & Archeology student achieving a salary of £60,200 after the first five years of graduating.

How profitable is your degree? What is the minimum wage for student jobs in the USA? 9 Reasons Why You Shouldn’t Work While Studying